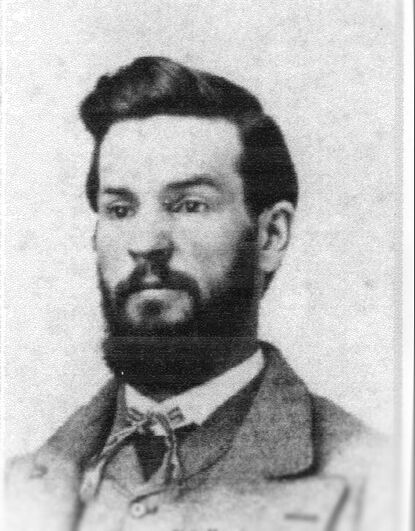 ​He clogs through the mud keeping in line
Carrying his gun, stepping in time.
Singing a rhyme, or humming a tune,
From daylight to dark and midnight to noon.

He has cuts on his feet and tears in his clothes.
His shoes are worn out and showing his toes.
His stomach is empty, canteen nearly dry.
His thoughts wander home, but dares not to cry.

“When will this be over, this nightmare ‘tween men?
I must do my duty, but wish it would end.
State against state and neighbors at war.
I hardly can stand this, can take it no more.”

Yet the young soldier keeps marching on,
Some battles are lost and some battles won.
The snow keeps on falling and freezing his feet.
Or, the sun’s bearing down in scorching heat.

He’s lost some of his buddies from sickness or strife.
He witnessed today, more than in the rest of his life
The horror of dying and violence at hand
Brought on by his brother and wielded by man

His wounds are still hurting, he wished he were dead
When news of surrender is brought to his bed.
He’s weakened and broken but not lost his life.
Just one walk is left and he’ll be with his wife.

Now there is hope and reason to live.
The fighting is over, God’s praise he did give.
He’s witnessed how hatred nurtured the strife
This “brother’s quarrel” has changed him for life.

The battles have ended and treaties are signed,
As peace settles down with hope for mankind.
For a house that’s divided surely can’t stand.
Each must work together to help understand.